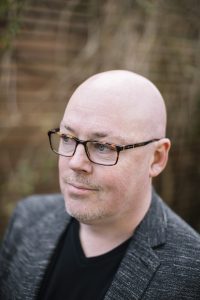 John Boyne is one of the most successful and admired novelists of his generation. In a career spanning more than 30 years, he has published 14 novels for adults, 6 novels for younger readers, and a short story collection.

His most famous book, The Boy In The Striped Pyjamas was a New York Times No.1 Bestseller, and adapted for a feature film, a play, a ballet, and an opera, selling more than 11 million copies worldwide. In Ireland, it was a no.1 bestseller for 80 consecutive weeks and, globally, it is the biggest-selling novel by an Irish writer since records began. It is published on classics lists around the world, and is used in schools around the world to introduce young readers to their study of the Holocaust.

Among his many international bestsellers are The Heart’s Invisible Furies, A Ladder to the Sky, and My Brother’s Name is Jessica, which is considered a primary text in fiction about transgender teenagers, and has won international awards for its compassionate treatment of an often tendentious subject.

His writing has appeared in The New York Times, The Observer, The Times Literary Supplement, The Irish Times, and in many other international newspapers and magazines.

In 2012, he was awarded the Hennessy Literary ‘Hall of Fame’ Award for his body of work. He has won 4 Irish Book Awards, and many international literary awards, including the Qué Leer Award for Novel of the Year in Spain and the Gustav Heinemann Peace Prize in Germany for his work on Holocaust Education. In 2015, he was awarded an Honorary Doctorate of Letters from the University of East Anglia.

His 14th adult novel, All the Broken Places, was published in September 2022 and was published around the world to great acclaim. In Ireland, it spent 5 months in the Top 10 Bestseller List.

His novels are published in 58 languages, making him the most translated Irish novelist of all time.

In late 2022, John was shortlisted for the Everyman Wodehouse Prize for Comic Fiction for The Echo Chamber, and won Author of the Year at the Irish Book Awards.