The Thief of Time 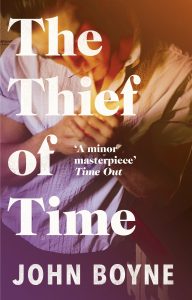 It is 1758 and Matthieu Zela is fleeing Paris for Dover, having witnessed the murder of his mother by his stepfather.

Beginning in murder and ending in redemption, Matthieu’s life is characterised by one extraordinary fact: before the 18th century ends he discovers that his body has stopped ageing. At the end of the 20th century he is able to look back on a life lived to the full. He has been an engineer, a rogue, a movie mogul, a soldier, a cable TV executive, and a lover to many.

Spanning two and a half centuries, The Thief of Time weaves Hollywood in the 1920s, the Great Exhibition of 1851, the French Revolution, the Wall Street Crash and much more into a novel of murder, treachery, passion and glamour.